CoDrone Lite is Robolink’s second version of CoDrone next to CoDrone Pro but without the buildable and programmable remote controller. This powerful educational tool teaches basic programming skills using visual dataflow programming that helps kids Grades 4-7 control graphically the elements of code. It is being offered at a fairly cost of $119.99.

What you can get:

CoDrone Lite uses a LiPo battery that can last approximately 8 minutes for continuous flying and the charging time is approximately 40 minutes, shorter than other drones. This drone comes in a size of 5.2 x 5.2 x 1 inches that weighs about 37g.  Flight range is 20 meters and maximum speed can go upto 21 km/h. It has an optical flow sensor for auto hovering, high resolution air pressure sensor, 3-axis gyroscope and 3-axis accelerometer for altitude control.

As the Bluetooth can be easily disconnected if it flies more than 2 meters and it’s pretty light, CoDrone Lite is not advisable to be flown outdoors.

However, if you’re dipping your toe in the world of drones, Lite can’t get you disappointed. Firstly, Lite comes with online CoDrone tutorials and lessons, which are pretty easy to follow and all rolled in one place, where you can freely access on the CoDrone Workbench site. Secondly, it can be both programmed with Blockly and Python.

The block programming, CoDrone Blockly (https://robolink.com/blockly-cdm), which is pretty similar to Scratch, can get a new flyer with no experience to get the drone flying quickly. It can also be programmed with Python if you want to explore using text-based programming. Next, you can get different things done with CoDrone Lite indoors as the CoDrone learning in the tutorial site gives you seven challenges to complete once you’re finished with the lessons.

Also, It’s heavy-duty since it won’t easily break even when you crash it into some walls in your house while flying. Most importantly, this drone was the only drone I’ve checked so far that exposes the sensor data to the user unlike the Parrot Mambo and Ryze Tello and it helps kids think of ways to code, design a solution and problem solving to control the drone using engineering and computer science. This would be perfect for you if you want to take off with a worthwhile learning drone. 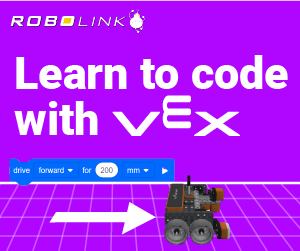